In doing some research on body image over several generations in my family, my 86- year-old mother mentioned an incident of which she had never spoken.

Imagine for a moment — Going off to your freshman year of college a little nervous — “Will you do well in your classes? Will you get along with your roommate? You then learn about a mandatory procedure for freshmen — a “posture study” where you’re photographed stark naked from the front, back and side.

Sounds ridiculous — but this really happened. My mother’s brief flashback started my research to verify if her mental faculties were still intact! There it was — a detailed and compelling article by Ron Rosenbaum in the New York Times Magazine Section, January 15, 1995: “The Great Ivy League Nude Posture Photo Scandal. “(1)

“One fall afternoon in the mid-60’s, shortly after I arrived in New Haven to begin my freshman year at Yale, I was summoned to that sooty Gothic shrine to muscular virtue known as Payne Whitney Gym. I reported to a windowless room on an upper floor, where men dressed in crisp white garments instructed me to remove all my clothes. And then — and this is the part I still have trouble believing — they attached metal pins to my spine. There was no actual piercing of skin, only of dignity, as four-inch metal pins were affixed with adhesive to my vertebrae at regular intervals from my neck down. I was positioned against a wall; a floodlight illuminated my pin-spiked profile and a camera captured it. The procedure did seem strange … But I soon learned that it was a long-established custom at most Ivy League and Seven Sisters schools … All of them — whole generations of the cultural elite — were asked to pose.” – Ron Rosenbaum

Nude Photographs were a Requirement
This strange requirement had been going on from the 1940’s through the 1960’s, during freshman orientation weeks at Harvard, Yale, Wellesley College, Vassar, Brown, Smith and many more. Thousands upon thousands of photos were snapped, including some of the best and brightest… George Bush, Meryl Streep, George Pataki, Nora Ephron, Bob Woodward, Dick Cavett, Wendy Wasserstein, Sylvia Plath, Dianne Sawyer and even Hillary Rodham Clinton. It was postulated that “entire generations of America’s ruling class had been unwitting guinea pigs in a vast eugenic experiment run by scientists with a master-race hidden agenda.(1) ”

As it turned out, these “posture photos” were part of a larger (and perhaps as sinister) project of a psychology researcher named William Herbert Sheldon. He speculated that three body types (or somatotypes)–ectomorph, endomorph, and mesomorph are somehow correlated with that person’s intellect and future success.

Somehow, without any written or verbal consent of the students, Dr. Sheldon conducted “scientific” research with the full cooperation of major college and universities. He ultimately compiled nude research photos of hundreds of men (the majority from Harvard University) with numbers depicting their body type into a book called, “The Atlas of Men.” It turns out that Sheldon was also a racist who believed in the racial superiority of the white upper and middle class populations.

Dr. Sheldon never did complete his studies and never got to publish his companion book on female somatotypes, “The Atlas of Women.” Sheldon moved on to other colleges across the county, including The University of Washington. There, for the first time, a female freshman student complained to her parents. His “research project” was shut down by school officials and lawyers, questioning whether the pictures were scientific or pornographic.

Where are those photos now?
When The New York Times article came out, Yale University requested all photos be returned to them for disposal. There was still a huge collection of photos in a warehouse in Boston. They somehow found their way to a branch of the Smithsonian called “the National Anthropological Archives.” Not open to the public, they can still be seen by researchers with proper permission. Ron Rosenbaum accessed these photos while researching his expose:

“Suddenly the subjects of Sheldon’s photography leaped into the foreground: the shy girl, the fat girl, the religiously conservative, the victim of inappropriate parental attention. Here, perhaps, Naomi Wolf has a point. In a culture that already encourages women to scrutinize their bodies critically, the first thing that happens to these women when they arrive at college is an intrusive, uncomfortable, public examination of their nude bodies…

“As I thumbed rapidly through box after box to confirm that the entries were there, I tried to glance at only the faces. It was a decision that paid off, because it was in them that a crucial difference between the men and the women revealed itself. For the most part, the men looked diffident, oblivious. That’s not surprising considering that men of that era were accustomed to undressing for draft physicals and athletic-squad weigh-ins.

But the faces of the women were another story. I was surprised at how many looked deeply unhappy, as if pained at being subjected to this procedure. On the faces of quite a few I saw what looked like grimaces, reflecting pronounced discomfort, perhaps even anger.”

Interested in learning more about body image, and the role that diet culture has played in it? Check out our introductory course, Dipping Your Toes into Intuitive Eating. (only $37)

Erica Leon is a Registered Dietitian and practices from a Health at Every Size (HAES®) lens. She is certified as an eating disorder specialist and is passionate about helping women at midlife, menopause and beyond to make peace with food and body image.

Erica is a highly sensitive nutrition therapist who takes the time to learn where you or your family are in the pursuit of health. Respectful of your individual needs and lifestyle, she will provide an honest assessment of whether or not you are a good fit to work together.  Click here to schedule a 15-minute Discovery Call with Erica to let us know about your needs, and to see which of our Dietitians is the best fit for you!

Download our Free Intuitive Eating Guide and get off that Diet Roller Coaster for good! 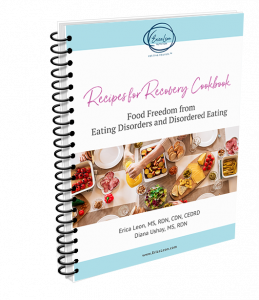 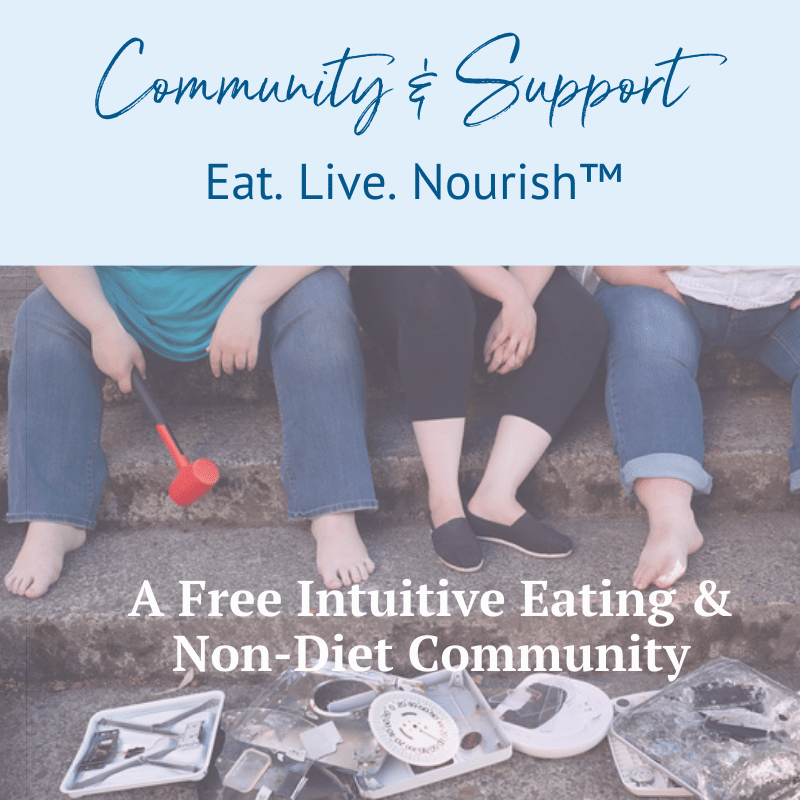